When to Steal and When to Innovate in Game Design 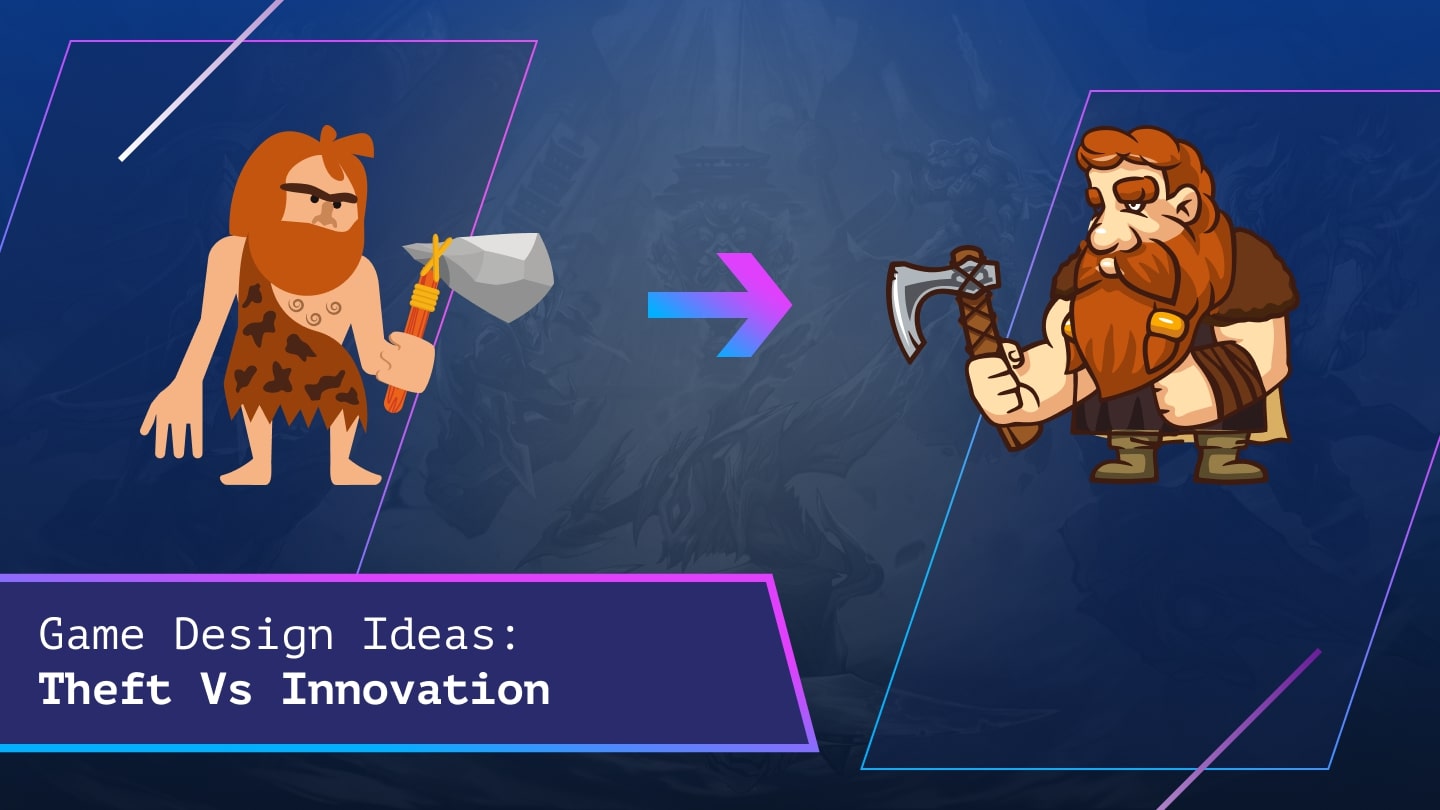 Alexander is a Game Designer & Creative Director with over almost 20 years of AAA and indie experience. Through out his career he has worked on titles such as World of Warcraft, League of Legend, Hearthstone, Ori, and etc. He’s also the lead instructor at Game Design Skills.

When to Steal and When to Innovate in Game Design

Alexander is a Game Designer & Creative Director with over almost 20 years of AAA and indie experience. Through out his career he has worked on titles such as World of Warcraft, League of Legend, Hearthstone, Ori, and etc. He’s also the lead instructor at Game Design Skills.

“It is easier to make something complex than something simple.”

This surely can’t be true, right?

Let’s say you have an idea for a brand-new game. It’s got a thousand moving parts, new systems from the ground up, and a swarm of tiny rules to handle the edge cases. It could take years to perfect it—doesn’t that mean it’s difficult?

Your project takes a lot of effort, but it also has a thousand knobs you can tweak as you go. If one component doesn’t work, you can cut it, or replace it with a totally different feature.

A simple thing does not have this luxury. It just works. If it’s well enough designed, the user will ignore its elegance. It works so smoothly that you don’t even notice the work that’s gone into it.

I will further expand on my points in the following parts:

Let’s dive into it.

Why You Should “Steal” Simple Ideas for Your Game Just because a thing is simple, doesn’t mean it is crude or poorly thought out. Compare these two axes. Thousands of years apart, they both serve pretty much the same purpose. They’re the same tool, tet the differences are astounding, everything has been improved:

That’s only possible because each new generation of tool makers realized the axe was the right tool for the job.

That stone axe was a great starting point, and a long tradition of copycats built on that and improved the design.

If instead you invent the axe, but your student designs a saw, and the next person trains a bear to maul your lumber.

No one is learning from earlier work.

If you need to cut wood, try an axe. If your video game has platforms, let the player jump.

First-time game designers often get excited about big, original ideas. They want to make their own game, and maybe they’re afraid of being accused of plagiarism.

But if you look back at the craftsperson tradition, it’s filled with tales of young apprentices whose masters forced them into rote creation.

Generations of iteration have shown that you are a stronger creator if you’ve started out mimicking someone else first.

Also if you think about it, how can you innovate meaningfully when you don’t have the understanding and a certain amount of mastery of the fundamentals yet?

The other thing to keep in mind is that the majority of the innovations platform off of previous knowledge and ideas. So you have to mimic to learn before you can innovate.

I started out by stealing every idea I ever had:

How this happened is important. Scott handed me the pre-planned design and told me to steal it and focus only on making it.

This is the great thing about theft—like the apprentice crafter, I could focus on the physical labor required to bring an idea to life.

“The practice of implementing existing ideas trains a game designer to understand and evaluate features.”

Sure, it’s “just” an axe (or “just” a standard boss fight)—but firsthand experience teaches you to appreciate all the simple, easily missed design elements that contribute so much.

But a designer also needs the ability to come up with new ideas. If you rely on mimicry forever, you are unable to adapt to the changing needs of your environment.

Many people, unfortunately, become hung up on one or the other aspect of design. Either:

Too Much Innovation Can Hurt Your Game—or Cause Development Hell After working on Attumen, my next boss was a guy known as the Shade of Aran. Stretching my wings, I tried to stick to a lot of basic, easy stuff and only mixed in a little new stuff. The result turned out okay.

What is more important right now is what happened to me after I finished him.

I was riding so high on having successfully brought my own personal concept to life that I got overconfident.

The recognition I got for that boss told me:

I quickly lost sight of the basic things I had done right on Shade and decided to go into wacky land.

In fact, I straight-up OD’ed on innovation, and the result was… Netherspite.

Netherspite was a boss fight so far removed from the reality of the game that it constantly broke the game’s rules.

In fact, the encounter was so far detached from the rest of the game that a normal group required elaborate diagrams and planning to execute it properly. Please don’t misunderstand: planning is an excellent part of a deep, fulfilling multiplayer gaming experience. However, this encounter required such high levels of execution, just to adapt to what were ultimately my whims, that many players chose to skip this encounter every week.

Furthermore, about half of the work I did in Karazhan involved fixing bugs, timing issues, and random AI quirks that occurred under the bizarre rules of Netherspite.

I made that picture of Netherspite my desktop background at work for about a year, to remind me of what happens when you let your personal lust for innovation take over.

I was lucky. My team at Blizzard was incredibly forgiving and I was able to script my way out of the hole I created for myself on Netherspite.

But my innovation still came at a price.

After Netherspite, I was reassigned to work on the most basic content in the game.

Basically, I was told that until I mastered the basics, I needed to stay away from content that allowed me to get away with overly complex designs.

Innovation is a vital part of game design—but for it to work you need to be aware of your own limitations.

You have to be a student as well as a new inventor.

Just go into your game design work knowing that both approaches are important, and check in with yourself and your team as you go to see if you’re falling too far in one direction or another. Be aware of the time cost of innovation as well.

In my experience, it generally takes 4 to 8 times longer to create a new thing than it does to improve an old thing.

So, if you’re like me and constantly feel the call to innovate, plan ahead.

But I MUST Innovate, or I Mean Nothing The above sentence is a crying voice that still haunts me every day. In fact, I regularly succumb to this fear. It’s totally normal to have this thought.

There will always be another chance.

Maybe not on this boss, maybe not in this situation, maybe not even in this game, but another opportunity will come up again. As long as you don’t give up on yourself, you’ll continue to grow.

Learn from the practitioners of the game development industry.